““Beginnings are usually scary, endings are usually sad, but it’s what’s in the middle that counts. So when you find yourself at the beginning, just give hope a chance to float up. And it will.”
― Steven Rogers, Hope Floats: The Screenplay

Hope you all have a great week kitties

“In the land of gods and monsters,
I was an angel.
Living in the garden of evil,
Screwed up, scared, doing anything that I needed.
Shining like a fiery beacon,
You got that medicine I need
Fame, liquor, love, give it to me slowly.
Put your hands on my waist, do it softly.
Me and God we don’t get along, so now I sing.” – Lana Del Rey

Head – Catwa – Uma bento – make sure you try the demo. Use Catwas included shape to start with – shape is modified Catwa one included

Hope your weekend has been mythical, kitties

Kitten is feeling somewhat “vengeful” today, she is taking no prisoners. Look out.

Head – Catwa – NEW Uma Bento – make sure you try the demo. Use Catwas included shape to start with

Careful out there kitties. 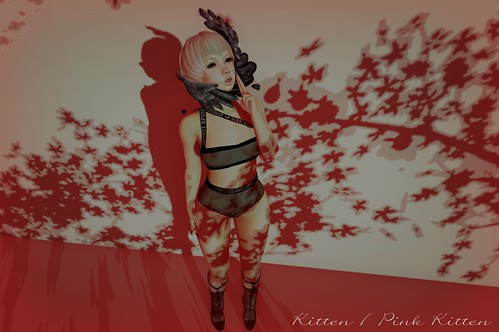